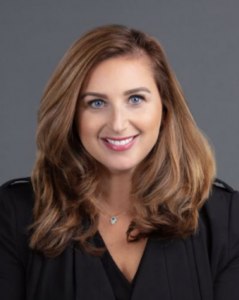 Over more than 20 years, Elina Vilk has established herself in the marketing field as a leader and developer of high functioning teams and talent, a trailblazer in marketing strategy for the world’s foremost brands, and a digital innovator. Her campaigns have received distinguished Advertising Age and Innovation awards. Additionally, Elina is a two time honoree in the “Women to Watch” awards, presented by Remodista.

Elina currently leads Marketing at WooCommerce, where her team focuses on democratizing opportunities for small businesses, developers and creators worldwide. She previously led Small Business marketing at Meta, where her team enabled small businesses to build their online presence and meaningful customer connections on Facebook’s family of apps such as Instagram, Facebook, WhatsApp and Messenger. Previously, she spent nearly a decade at PayPal/Ebay. Her last role was Global Marketing for the Large Enterprise team at PayPal, where her team had three areas of responsibility, including Sales Enablement, Co-Marketing, and an e-Commerce P&L for PayPals Digital Gifts. She also led consumer and digital advertising at Visa, including the award- winning “More People Go With Visa” campaign.

Elina was one of the first-ever digital marketers, and started her career as newspaper conglomerates formed Classified Ventures (including Careerbuilder, Cars.com, HomeGain). She also worked in advertising and marketing across Yahoo Inc., at publishers such as Shape Magazine, and at advertising agencies.