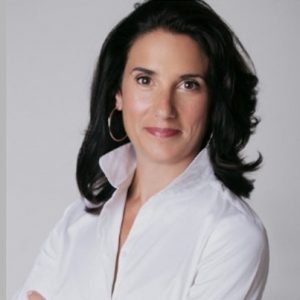 Driven to help women live confident and successful lives through the power of beauty, both as consumers and entrepreneurs, Michele Gay is co-founder and co-CEO of LimeLife by Alcone. With a focus on the company’s operations, finance and programming, she works in tandem with her niece, Madison Mallardi, her U.S. based team, and partners at majority stakeholder L’Occitane to expand LimeLife by Alcone across the U.S. and around the globe. LimeLife by Alcone now exists in 7 different markets. After graduating from Cornell in 1994 as a microbiology major, she joined Teach For America-Houston and taught ninth-grade science before serving as the organization’s National Director of Communication and the National Director of the Math and Science Initiative in New York. She then worked for her family’s business, Alcone, which distributes cosmetics to professional makeup artists around the world. Michele took several years at home to raise her three children before being called to lead Alcone as its president in 2010. During this time, Michele, along with her siblings, sought innovative ways to deepen the company’s connections to professional makeup artists. One was to allow pros to sell tried-and-true products from their kits directly to clients. In 2013 this idea was born with Alcone at Home, which would evolve into LimeLife by Alcone. What started out as a sales field of one six years ago is now close to 40,000 individuals globally, amounting to over $100 Million in annual sales.