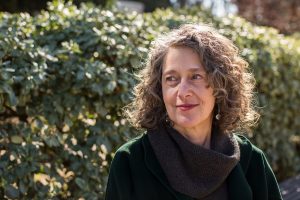 An internationally recognized expert and speaker on building a more trustworthy press, Lehrman was named one of MediaShift’s Top 20 Digital Innovators (2018) for her work founding and leading The Trust Project. Previously an award-winning reporter on medicine and science, her honors include a Peabody Award, duPont-Columbia and the John S. Knight Fellowship, with bylines in Scientific American, Nature, Health, and the public radio documentary series, The DNA Files, distributed by NPR, among others. Her co-edited volume, “Reporting Inequality: Tools and Methods for Covering Race and Ethnicity,” was published in 2019; an earlier book, “News in a New America,” argues for an inclusive U.S. news media. She is affiliated with the UC-Santa Cruz Center for Science and Justice as Science and Justice Professor.