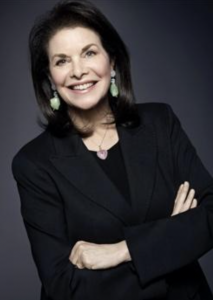 During almost 30 years in the motion picture business, Sherry Lansing was involved in the production, marketing and distribution of more than 200 ﬁlms, including Academy Award® winners Forrest Gump, Braveheart, and Titanic. In 1980, she became the first woman to head a major Hollywood studio, when she was named President of Twentieth Century Fox. In 1992, Sherry was named Chairman and CEO of Paramount Pictures, and began an unprecedented tenure that lasted more than 12 years (1992 – 2005).

Though she is best known for her long and successful career as a  studio executive, Sherry also spent four years after college teaching high school English and math at public schools throughout the Los Angeles area. This experience, coupled with her long-held belief in the power of education to create lasting social change, has helped secure the place of education on the Sherry Lansing Foundation’s slate of projects. In addition to co-founding Stand Up To Cancer, which funds cutting-edge cancer treatments, Sherry serves on the boards of the Broad Museum, the Carter Center, the Entertainment Industry Foundation, the W.M. Keck Foundation, the Lasker Foundation, the Paciﬁc Council on International Policy, and Scripps Research Institute. Sherry graduated cum laude with a Bachelor of Science Degree from Northwestern University in 1966.