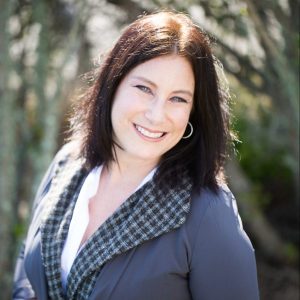 Dana has always left a legacy behind. She believes strongly in leaving things better than she found them, and her record shows it. While working at SIA as Senior VP of Strategy and Solutions, Dana co-launched the industry’s first-ever buyside conference, research council, advisory practice, and speaker bureau. This resulted in a complete organizational structure change to scale and ultimately sell the founder’s company, along with the CEO and Chief Analyst, to Crain Communications. During her time as Global Vice President at TAPFIN, Dana designed, collaborated, and led the Global Managed Services (BPO) Center of Excellence for TAPFIN. By working with 66 country experts across sales, finance, legal, tax, operations, back office, and implementations, her team delivered standardized methods across Fortune Company clients while honoring nuances within each region, country, and province. Dana also directed a team of market intel and thought leader experts, mining proprietary data and correlating it with externally available market and economic data, to create and launch the first-ever company Contingent Workforce Index. Today, this is not only a Global Index but the basis for a new revenue model. Dana left TAPFIN to join ICon Professional Services (now TalentWave), where she served as COO and President of Alliances and Advisory Services. As COO, she led growth initiatives that resulted in the final transaction to a substantial private equity exit for the owner/founder of ICon within 18 months, doubling the company’s revenues by developing and executing against a three-horizon plan ahead of timeline by ten months. As President, she was an architect of change and led the industry’s first alliance and advisory practice. She was responsible for the team of experts who jumpstarted TalentWave’s growth engine with the vision of revolutionizing the way companies and freelancers take the first step to becoming compliant.

The aforementioned successes and her 20+ years of experience led her to be recognized as a Silicon Valley Business Journal’s 2015 Woman of Influence and as a judge for the 2016 and 2017 Stevie Awards in the Individual/Female Executive Award categories. She has also spoken at a variety of international keynotes and expert panels within the talent ecosystem for such notable companies as Fieldglass, PeopleFluent, Allegis, and TAPFIN. She has also presented at industry events such as SIA’s CW Solution, SIA’s Executive Forum, and the TechServe Alliance Annual Conference. Not satisfied to only talk about her opinions and thoughts, she has published pieces in SI Review, CW 3.0, HRO, Compliance Week, The Fordyce Letter, and Institute Supply Management Magazine, among many others. Helping companies anticipate “what’s next” is a specialty of hers.

Today, Dana has started her own consulting and advisory firm, Phoenix5, embarking on the next phase of her career as an advisor, coach, speaker, and mentor, evangelizing a new mindset: Stop Settling®. Phoenix5 transforms individuals and organizations holistically in an accelerated way with maximum return. Stop Settling builds on that vision by offering a sustainable alternative to the work-life balance myth through a simple composite StrataGEM® charting that frees companies and professionals from giving in and giving up on sustainable success. With that in mind, Dana has begun coaching and advising an elite and like-minded team of Fortune, Staffing, and Digital Platform leaders, while collaborating with thought leaders and innovators of all kinds, to revolutionize the way we work and lead the voice of the new talent movement. She also serves as a member of the advisory boards for Opolis, Reboot Accel, VNDLY, Shiftgig, and LNQ Systems.

More recently, Dana has also launched her anti-sexual harassment training program, Confidence360. Confidence360 is a training paradigm that works. Eliminating the need for the ineffective, 2D, “check-the-box” anti-harassment trainings that plague many organizations today. In the end, Dana hopes to leave people and organizations with the feeling that they are better today because she was with them yesterday.