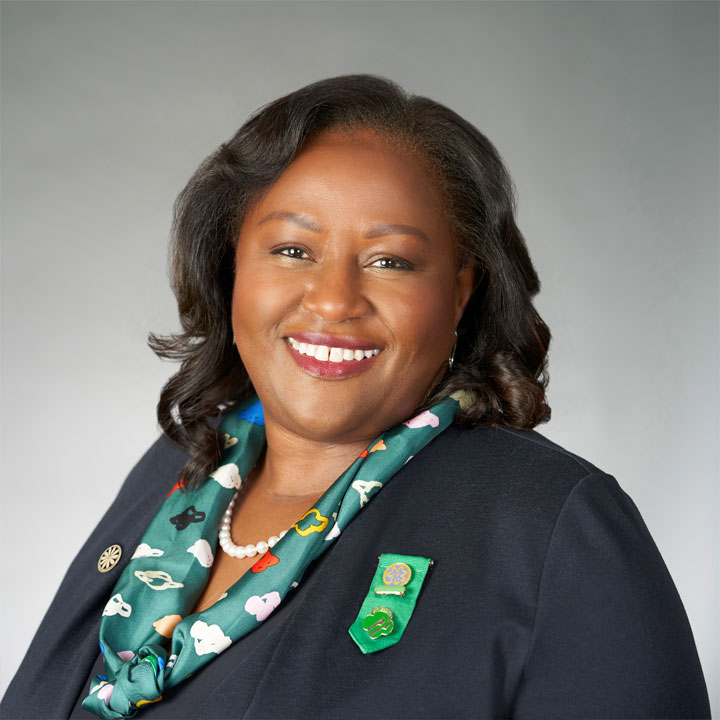 THE GIRL SCOUTS OF THE USA

Judith Batty grew up Girl Scouting, Brownie through Senior. Her mother was her Junior Troop Leader. Judith was a member of the first class of Girl Delegates to the National Convention in 1976. Judith also served as a Junior Troop co-leader and is a lifetime member of Girl Scouts. Girl Scouting gave Judith confidence, while teaching her about different perspectives and the value of teamwork. Judith has served on the National Board since 2014, and during this triennium as GSUSA’s International Commissioner.

Currently, Judith serves as the cochair of the governance committee on the board of the Metropolitan Washington Airports Authority (MWAA). MWAA operates Dulles International and Reagan National airports and the Dulles toll road and oversees the construction of the Metro’s Silver Line to Dulles. She is the immediate past chair of the Governing Board of Trustees of Arena Stage, a major arts and cultural center in the nation’s capital.

Judith was a pacesetter and role model during her 28 years as an executive and senior attorney at Exxon Mobil Corporation. Among her many achievements, her tenure as the first female, and first African American, general counsel of its publicly traded Japanese affiliate stands out. Prior to her tenure with ExxonMobil, Judith was a corporate attorney in private practice. Upon graduation from law school, she joined the United States Department of Justice, through its Honors Program, and was assigned to the trial section of the Antitrust Division, where she participated in civil and criminal investigations and trials.

Judith is active in several professional and charitable organizations and has held numerous committee and board officer positions on not-for-profit boards. A native New Yorker, she currently lives in Washington, DC. She has also lived in Dallas, London, and Tokyo. Judith received her bachelor of arts and juris doctor degrees from New York University.