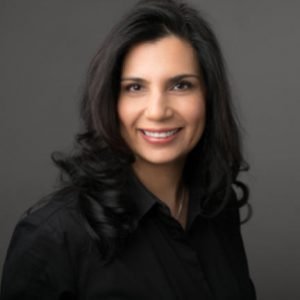 Shemin Nurmohamed is Vice President, Global Strategy, Pricing and Offerings of SMB Solutions at Pitney Bowes, as well as a women’s leadership evangelist and entrepreneur.

At Pitney Bowes, Shemin is responsible for developing a profitable growth strategy for a 100-year old business in a declining market, and for optimizing the go-to-market model. She joined Pitney Bowes in early 2016 as Vice President DMT France, where she led the growth of the business in a significantly declining market. Later the same year, she was promoted to run the European DMT Business for DMT where she also delivered growth for the first time in 10 years.

Her book, Outshine, 8 Steps to Start Making It Happen, introduces her Carbon Leadership model to inspire and empower women leaders to forge a personal brand that will lead to career success and advancement. She has delivered a TedX talk and is regularly invited to speak at universities on the topic of leadership.

Shemin is also actively engaged in the start-up ecosystem in France. She was the founding chairman of fast-growing AI based network and server monitoring company, and sits on the boards of the American Chamber of Commerce for France (AMCHAM), and Inlet. She is a volunteer board member of the Aga Khan Economic Planning Board for France, which works to improve the quality of life of low income families.

Shemin holds a BA in Chemistry from Cornell, an MA from the University of Toronto, and an MBA from Henley University UK. She resides in Paris with her husband and two children.

During her successful 17-year career at IBM, Shemin held leadership roles in sales and finance, including CFO of the services, hardware and software lines of business and was a member of the 100% Club during each of her years in sales. Prior to IBM, Shemin was an investment banker at CIBC in Toronto, and a derivatives trader at D.E. Shaw in New York.