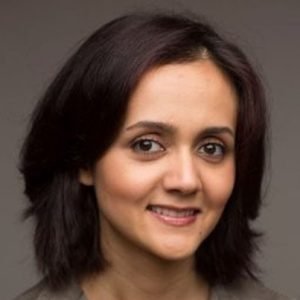 Shiva Amira is the Director of Research Infrastructure at 23andMe where she works between researchers and engineers to power the world class research at 23andMe. She was previously the Director of Data Science at Zymergen Inc., a molecular technology company in the Bay Area that combined robotics, automation, biology and machine learning to generate new chemicals. Prior to that she was the CEO of biomedical machine learning startup in New York called BioSysmetrics Inc.,where she was initially the Chief Product Officer developing the company’s core machine learning platform for biological data types. She has a PhD (DPhil) in Computational Biophysics from the University of Oxford and a HBSc. in Computer Science and Human Biology from the University of Toronto.