Skip to content
You are here:Home-Books, Careers, Tech Up HR & Training-Coaching as an Equalizer: Closing the Gender Gap in Leadership

Coaching as an Equalizer: Closing the Gender Gap in Leadership

“Coaching as an Equalizer: Closing the Gender Gap in Leadership” originally appeared on TrainingIndustry.com and is republished here with permission.” 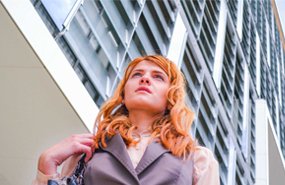 Coaching may help. In 2008, for example, researchers wrote that coaching can be particularly beneficial by focusing “on the holistic nature of women’s development.” Additionally, recent research by Training Industry found that coaching, when implemented well, can act as an equalizer between men and women. Across genders, respondents said their learning transfer was higher when leadership training included coaching, and the discrepancy between men’s and women’s ratings of leadership training as “always effective” decreased when coaching was included. However, twice as many male respondents preferred coaching, begging the question: How can we make coaching a better experience for female leaders?

Coaching, when implemented well, can act as an equalizer.

Until the genders are balanced at every leadership level, there will continue to be more men in a position to coach than there are women. And while the current increased awareness of sexual assault in the workplace is a good thing, a recent survey by LeanIn.org and Survey Monkey found that almost half of male managers are now uncomfortable mentoring or working alone with a woman. (As a result of this survey, Sheryl Sandberg and LeanIn.org launched the trending hashtag “#MentorHer.”)

The solution? Kathy Caprino, a career and leadership development coach and founder of Ellia Communications, says to evaluate your culture “to assess if [it] is indeed favorable for women’s growth and ascension, or biased against women,” and hire an outside consultant for help if needed for neutrality. Establish policies that clearly lay out expectations regarding sexual discrimination and harassment in the workplace – as well as the consequences for violating those policies. Develop anti-harassment training that actually works rather than the all-too-common superficial courses aimed at checking a box, not effecting real change.

Educate managers on the value of coaching, and teach men how to coach women. Research by Anna Marie Valerio, president of Executive Leadership Strategies, LLC, and Katina Sawyer, assistant professor of psychology at Villanova University, found several characteristics of men who effectively “champion” women in the workplace. These men use their positions to develop a more gender-equal culture, consider “gender inclusiveness as part of effective talent management,” provide “gender-aware” coaching and mentoring, and focus on others rather than themselves.

As with any type of training, we know that one size doesn’t fit all, and personalizing learning based on the learner is the most effective way to teach. This is especially true of coaching. “Women are not men with skirts,” Caprino says. In her experience, women and men respond differently to different approaches. While women are more apt “to do the deep work of internal and external change,” men, due partly to how they are socialized in Western cultures (i.e., to avoid vulnerability and outward displays of emotion), tend to “prefer a more tactical approach … focused on outward, linear steps to change rather than any internal exploration.” She believes that “to attempt to coach men and women in the exact same way toward leadership growth is a recipe for failure.”

Personalizing learning is the most effective way to teach. This is especially true of coaching.

“Broad-based programs and changes,” agrees Michele McMahon, senior director of learning solutions at Harvard Business Publishing Corporate Learning, “just aren’t translating to success for women. For these reasons, coaches [and] sponsors need to be trained on the complexities of gender and leadership so that they can tailor their approach to an individual’s needs.”

Training Industry’s recent research found that interventions that promote manager support for leadership development benefit both genders but especially women. And according to Gallup’s 2016 “Women in America” report, a coach doesn’t have to be a manager: “A coach can be anyone who is a champion for employees. The most important part of coaching is to help as many employees as possible feel that their manager or someone at work cares about them.” The key is to make sure anyone playing the role of coach, whether that person is a manager or not, understands the role and how best to support the women he or she is coaching.

As far as gender goes, Caprino says she’s found her female clients tend to respond better to her approach than they have to male coaches, because she’s a female former senior executive who “speaks their language” and “can speak and relate in a way that women feel validated, understood and respected, which is essential for a successful coaching relationship.” Other experts say that more important than gender is alignment of values, goals and experience. That alignment piece, says McMahon, “is the most important piece of the coaching puzzle to put together,” and it can come from a man or woman.

Research by leadership coach Suzette Skinner found that the key to effective coaching for women is focusing on helping them develop an identity as a leader. By believing themselves to be a leader, Skinner argues, women can begin to develop a path toward professional growth and gain the most benefit from coaching. Similarly, research by Lee Hecht Harrison and HR People + Strategy last year found that “career and coaching conversations that challenge negative self-perceptions” can help women advance in the workplace. The researchers also recommended that coaching and feedback should help women build their business acumen.

These findings align with other research, which has found a significant confidence gap between men and women. The 2015 Deloitte Millennial Survey, for example, found that while both genders rated themselves comparably in financial, economic and business knowledge – and women’s self-ratings of academic knowledge were higher than men’s self-ratings – significantly more men than women rated their leadership skills as strong. Rebecca Zucker, an executive coach and founding partner at Next Step Partners, says she’s seen this confidence gap in her own experience, so she coaches her female clients on confidence and executive presence “and being able to speak up so that they can be heard.”

However, Training Industry’s research did not find confidence differences between genders, and another recent study concluded, “Corporate leaders need to be careful about the behaviors that they see as indicative of confidence. Women are risk alert and loss averse but not lacking confidence. Confidence is a complex concept that manifests itself differently in men and women.”

Perhaps coaching should focus on helping women express the confidence that they already have and develop a personal leadership brand once they already believe themselves to be leaders. “While personal brand and credibility is important for all leaders,” McMahon says, “it’s even more critical for distinguishing female leaders.” A coach can play a valuable role in developing that brand.

Perhaps coaching should focus on helping women express the confidence that they already have.

Zucker hypothesizes that some women may be “afraid of the stigma of asking for help” or of asking for the investment in time and money that coaching requires. Show women the impact coaching will make on their leadership skills and professional development, and create what researchers have called “a developmental coaching culture … that focuses on leadership development as a separate process from performance evaluation.”

Caprino believes it’s essential to provide the option of external coaching, which may seem (or actually be) more neutral than using a coach affiliated with the woman’s employer. That way, the coachee will feel more able to be authentic, truthful and open about her real experiences and perceptions, without fear of retaliation or backlash. Susan Otim-Neal, an associate certified coach with the International Coaching Federation and principal at Syncerity Speaks, agrees: “I have worked with women clients [who] actively sought out external coaching through a trusted, personal source following their participation in leadership development programs at work.”

“For many women,” McMahon says, “having a coaching experience, or being a coach, is a new experience.” When a woman goes from having no mentor or manager who understands and encourages her potential to having a coach “who is thinking about [her] growth, it’s even more impactful on the drive to become a better leader.”

The gender gap is a complex problem with several possible causes and solutions. For organizations looking for a single approach that can have a big impact, though, providing coaching tailored to female leaders is a great place to start.

For organizations looking for a single approach that can have a big impact, providing coaching is a great place to start.

March was Women’s Leadership Month at TrainingIndustry.com. Check out our research report “Women’s Access to Leadership Development: A Tale of Two Experiences” by clicking here, watch our webinar recording, listening to this podcast episode or read the other great articles we published this month on developing women leaders: